*This is the first in a multi-post series based on Writing Tools: 50 Essential Strategies for Every Writer by Roy Peter Clark

Roy Peter Clark is a writing expert, instructor at the Poynter Institute, and author of several books on writing, including the must-read Writing Tools: 50 Essential Strategies for Every Writer. While Clark is a journalist, his strategies and tips can help legal writers as well. Below are some of his tools along with my thoughts on using them in pleadings and briefs. 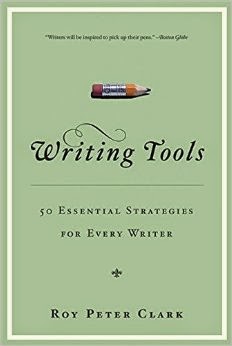 Clark directs writers to minimize adverbs and, instead, choose strong verbs. As Clark notes, many adverbs are duplicative: For example, the adverb “completely” adds nothing to the verb “destroyed.” And in other cases, strong verbs can take the place of adverbs. For example, “whispered” means “quietly said.”
Those subject to page and word limits should pay attention to this tip because fewer adverbs means shorter, clearer briefs.
And legal writers should minimize adjectives as well. In my book with Adam Lamparello, Show, Don’t Tell, we encourage brief writers to avoid over-the-top language and allow the reader to reach the desired conclusion for him or herself. Instead of telling the court the result it should reach, brief writers should show the court why a certain conclusion is inevitable.
For example, telling the court that the parties had "serious" prior conflicts isn't helpful. What does "serious" mean? Verbal altercations? Physical fights? How long ago did these conflicts occur? What were the outcomes?
Instead, write that on at least two prior occasions, the plaintiff sought medical treatment for injuries sustained when she was struck by the defendant. Give the dates of the prior incidents and the plaintiff's specific injuries (quote medical reports, if you can). Be specific, not conclusory.

Tool 16: Seek Original Images
Clark encourages writers to avoid staid clichés and metaphors. While staid journalistic clichés differ from staid legal clichés, Clark’s suggestion is well-taken. Legal writers are better off avoiding clichés altogether than using ones that have been used—literally—millions of times before, such as second bite at the apple, slippery slope, split the baby, low-hanging fruit, red herring etc.
Clichés and metaphors like these don’t add value to legal briefs, just lengthen them. As Ross Guberman says, avoid them like the plague.

Tool 24: Work from a Plan
Clark recommends writers use outlines—even rough ones—to ensure readers know the whole story. Many legal writers, especially seasoned ones, think outlines are too elementary to bother with. But outlines can not only help writers include necessary information but also help lawyers ensure their briefs flow seamlessly. And even creating an outline after drafting a brief can be helpful. As Clark notes, “if I could not write the outline from the story, it means that I could not discern the parts from the whole, revealing problems of organization.”
Before you start writing, take a few minutes to jot down the “big” ideas you want to convey and think about the best order to convey them in. After you finish writing, use your original outline as a checklist—have you included all the ideas you wanted to include? Then, use your work to create an outline and consider if your order actually makes sense.

Next week I'll be back with more tips for legal writers from Writing Tools.

Clark's full list of tools is available here.
Posted by Megan E. Boyd at 6:22 AM