Eliminate the Brown M&Ms from Your Legal Writing

*This is a guest post by Joe Fore, Assistant Professor of Law, General Faculty, and Co-Director of the Legal Research and Writing Program at the University of Virginia School of Law 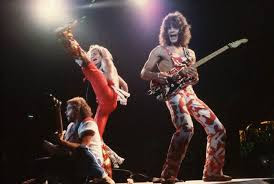 Over the past three decades, the story of how Van Halen banned brown M&Ms has gone from backstage to boardroom. And for legal writing professors wrapping up their spring semester or for employers who will be hosting summer associates and interns, this same tale provides a convenient metaphor about the importance of watching the smallest details in legal writing.

While the story has been shared widely in recent years, perhaps a quick refresher is in order. As Van Halen toured the world in the early 1980s, the band brought along its contract rider, a thick document that detailed what the promoter was required to provide at the concert venue. Buried among the rider’s fairly straightforward—albeit extensive—food and drink requests was one very specific candy command: “M & Ms (WARNING: ABSOLUTELY NO BROWN ONES).”

For years, the brown M&Ms ban was panned as an outrageous act of rock-star decadence; pampered musicians making a ludicrous demand just because they could. But, as David Lee Roth later explained, the chocolate clause served a crucial purpose.

You see, at the time, Van Halen had perhaps the most ambitious stage show in rock history—complete with unprecedented amounts of complex rigging, lights, speakers. And they took their show into smaller venues that weren’t used to hosting such a massive event. Such a complicated show had numerous technical requirements—from having enough electrical outlets to ensuring that the building’s structures were sufficiently strong to support the stage and lights.

Those technical requirements were spelled out in the contract rider, but promoters often didn’t read it carefully, creating disruptions, delays, and even potentially dangerous conditions.

The brown M&Ms, therefore, were a test—a canary in the backstage coal mine. If the promoter had paid enough attention to remove the brown M&Ms, chances are they did the big stuff right, too. And if not . . . well, David Lee Roth describes his reaction:

When I would walk backstage, if I saw a brown M&M in that bowl, well, line check the entire production. Guaranteed you're going to arrive at a technical error. They didn't read the contract. Guaranteed you'd run into a problem. Sometimes it would threaten to destroy the whole show. Sometimes, literally, life threatening.

OK, it’s a good story, but what does it have to do with legal writing? Well, in the same way that the brown M&Ms hinted at larger problems, small defects in a memo, motion, or brief can undermine the reader’s confidence in the bigger stuff—the substance of your writing. These defects tell your reader: “I didn’t care enough to get the small things right, so you should also be skeptical about whether my research and analysis are sound.” While there are many possible “brown M&Ms” that can taint your legal writing, here are three for new legal writers, in particular, to watch out for:

From state civil procedure codes to court local rules to individual judges’ orders, lawyers are beset by technical requirements of all sorts: page limits, typography rules, and filing specifications. Overlooking or flouting these instructions can send the message that the lawyer isn’t committed to finding or following the rules—hardly a desirable reputation for an attorney.

And worse, a judge or clerk reading a submission that ignores basic requirements may think the writer purposely evaded the rules to gain an advantage. In a speech on the subject of “How to Lose an Appeal,” Judge Alex Kozinski of the Ninth Circuit cautioned that defying something as minor as a font-size requirement can “tell[ ] the judges that the lawyer is the type of sleazeball who is willing to cheat on a small procedural rule and therefore probably will lie about the record or forget to cite controlling authority.”

Be sure to check any applicable procedural codes and court websites for any court- or judge-specific technical requirements.

First impressions matter. And “first impression” doesn’t just mean the opening line or the question presented; it includes how your writing appears visually on the page. A final, written product that looks sloppy, rushed, or poorly thought-out sends the same message about the substance of the attorneys’ work.

Again, it’s imperative to follow any of the venue’s/employer’s/ client’s specific formatting rules. But after you’ve done that, flip through and see how your writing appears on the page. There are many terrific resources for thoughtful and persuasive legal writing formatting. Before sending that memo to the client or e-filing that pleading, look at the document as a whole and ask:

The odd typo here or there in a long piece of legal writing is almost inevitable. But an error-ridden brief or motion sends one of several messages to a reader:

Applying the brown M&Ms principle, a reader might infer that the same writer might be less-than-fully competent, inattentive, or lazy in other areas beyond editing. And such an inference that might be justified. In their 2015 book The Science Behind the Art of Legal Writing, Professors Catherine Cameron and Lance Long share preliminary research showing that attorneys who had been disciplined by their state bar had higher rates of “careless” writing errors in their memos and legal briefs than non-sanctioned attorneys.

A quick grammar refresher, an editing checklist, and careful proofreading—preferably on paper—can help to minimize the chances of having such errors in your writing.

Legal writers spend a considerable amount of time trying to understand the law and then communicating that information in a clear, organized way. You’ve worked hard to produce an accurate and well-reasoned final product. Don’t let brown M&Ms in your legal writing send the reader a different message.

The NYT Sacks the NFL

Anyone who reads this blog or follows me on Twitter knows I'm a huge sports fan. I've written before about Jimmy Graham's dispute with the Saints over the franchise tag, the rhetoric of Deflategate, and sports metaphors in judicial opinions.

And I also love a good lawyer letter. Now this week two of my loves meet in a letter from David McCraw, VP and General Counsel of the New York Times, to the NFL.

By way of background, CTE (chronic traumatic encephalopathy) is a brain disease that can lead to memory loss, impaired judgment, depression, and dementia. Research shows there is some link between repeated head trauma (of the type that occurs every day in the NFL) and CTE, though additional research is certainly needed to determine the extent and nature of that link.

The NFL has known about CTE for a while. But last month's comments by Jeff Miller, the NFL's senior VP for health and safety, before the U.S. House of Representatives' Committee on Energy and Commerce appear to be the NFL's first public admission of a link between head trauma and CTE. Even after that admission, however, some NFL owners, executives, and coaches have continued to deny the connection, coming off just like climate change deniers and, before them, folks in big tobacco.

Enter the NYT which, a couple of weeks ago, published what I'll call an "unflattering" piece on NFL-funded studies on CTE. According to the article, the studies funded by the NFL were based on incomplete data, included incorrect data, and were performed by researchers who were in the NFL's pocket. The article also explored the connection between the NFL and the tobacco industry.

Understandably, the NFL was none too pleased by the piece. So it wrote a sternly worded letter to the NYT asking that it retract the story. As Deadspin noted when the NFL letter became public, the NFL's argument for retraction wasn't very strong.

Like a good NFL defense, the NYT's David McCraw spared no mercy in responding to the retraction request. In his response letter to the NFL, McCraw first outlined the NYT's policy of correcting factual errors promptly (the "law," if you will) before noting that the NFL did not allege that the NYT story contained any factual errors about the connection between the NFL and the tobacco companies (i.e., the "law" does not apply). McCraw summarized the NFL's real gripe--that the article's connections between the two industries weren't "meaningful"--then pointed out that whether something is "meaningful" is clearly a question of opinion, not fact (more explanation of why the "law" doesn't apply).

But McCraw didn't stop there. He went further, hitting the NFL where it hurts in noting that the NFL omitted from its letter any request for retraction of one "essential" documented connection between the NFL and tobacco companies--Preston R. Tisch, who served both as co-owner of the New York Giants and as co-owner of Lorillard (highlighting the NFL's omission of key facts).

McCraw even included the often-elusive public policy argument, pointing out that after the NYT published the story, discussion about CTE, the NFL, and its connection to tobacco companies increased substantially. By demanding a retraction, said McCraw, the NFL was attempting to "silence the public debate with legal threats...[doing] a disservice to its fans and, more generally, to the American people."

McCraw then moved on to the NFL's other issue with the NYT story--its discussion of the CTE studies--and explained why the NYT's retraction policy was inapplicable to that complaint as well:

Then, McCraw ended the letter rather abruptly. Most lawyer letters end with some conclusion, however brief:

--Thank you for your attention to this letter.
--Govern yourself accordingly.
--Please give me a call to discuss this case further.

Not McCraw's. In what would normally be an odd way to organize his response, McCraw concluded the letter by returning to the NFL's gripe about the comparison of the NFL to the tobacco industry. He did this for one clear purpose: the proverbial mic drop (as the kids these days say), which couldn't be better and which wouldn't have had nearly the impact earlier in the response.

Unfortunately for the NFL, there is actually another interesting link between it and big tobacco, and McCraw did his homework in uncovering it:

While your earlier letter to the Times called the tobacco industry "perhaps [the] most odious industry in American history," you somehow fail to mention in either letter that it was your firm that represented Phillip Morris....

Oof. Perhaps the NFL should come at the NYT with a better offense the next time.

What do you think of McCraw's letter? Did the NFL deserve such a smack-down? Or would a lighter touch have been more appropriate?
Posted by Megan E. Boyd at 2:18 PM No comments: